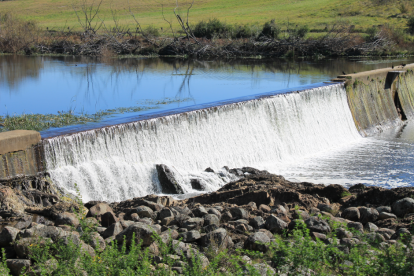 “Walking by the river I saw two adults sitting on a bench. Their children were close by – among willows on the bank. That day the river was unusually swift and loud above the weir. I didn’t know why I felt uneasy or walked so near to the children and stopped a single pace from the reeds. That could be seen as strange and I knew the mum and dad would be watching. Eighty-year-old men could be seen as, well, you know. I pretended to ignore everyone but pulled out a notebook and pencil. Keeping between the children and the water I concentrated on drawing a mustard flower. That was actually quite clever because it was both non-threatening and yet, as vast stretches of the river are lined with such flowers, my behaviour was just a little bit strange too. I could explain it away if challenged because in order to see something I need to draw it and get it into my head; I am artistic in this way. After drawing the flower I took a rubbing of peeling birch bark – this being rarer along this stretch and would supply a good alibi for being exactly there. Even this didn’t work so I edged closer and closer to the children. The girl and boy, both about seven years old, were arguing. Pushing and shoving began and escalated in ferocity. The parents, finally spooked by my proximity, called the children and the family walked away.

This all sounds well thought out but I was winging it, thinking fast.

I relaxed once they were out of sight. Up until what happened next I had no idea why I did all that. The area lightened slightly, which was odd: there were no clouds. The place had felt frustrated and angry but the tension went away. Then I heard the whispers. The first was a female voice. I really should explain about the way these people talk, not people, invisible friends … mysterious voices … good spirits? No, I am not mad. Whatever they are, these things are real. Anyway they do make words but so, so much goes into each sound that three can comprise what would take real people several sentences.

The first one said ‘Thank you’ but what actually came into my mind was ‘Well done, That was a drowning waiting to happen, thank you, you did well, you can see!’ – that is ‘you can see things other people cannot’. I realised, yes, it had been a tiny bit darker just there. That is what I see and feel – dark spirits. Subsequently it took practice to develop the skill. The male voice told me if I break a stone or glass I can repel them, banish them back to where they came from. Stone, well, flint and things like that, glass-like, are so sharp they hurt spirits. Metal knives, even the keenest, are too blunt.

I researched this later. The things I can sense are named genii loci and I know some other people can see them. Watch when you are out and about. People will frown and quickly look at the sun to check there’s no cloud or that the cloud is not any thicker just in front of it.

Genii loci like to cause problems. They lurk where people meet up, picnic areas, beaches, river banks, shopping centres. They get into people’s heads, cause arguments, cause fights, even push suicidal or aggressive people that tiny bit too far. They are evil and delight in causing pain, conflict and distress. They can’t move very fast and when they see you approaching with a broken stone, they slip away, often into the water. That’s easy, you just throw the stone in and they’re gone. But there are other places people frequent, like roads. Which is exactly why I stepped out in front of that car and made the driver hit the bollards and lamp post. He was passing through a genius loci and jumped the lights. There were too many children around on bikes for me not to do something. And that is why I’m here talking to you, a psychiatrist of all people. And you are going to put me on drugs rather than look for truth in what I say because there is a genius loci in this room and you are sitting right in the centre of it.”